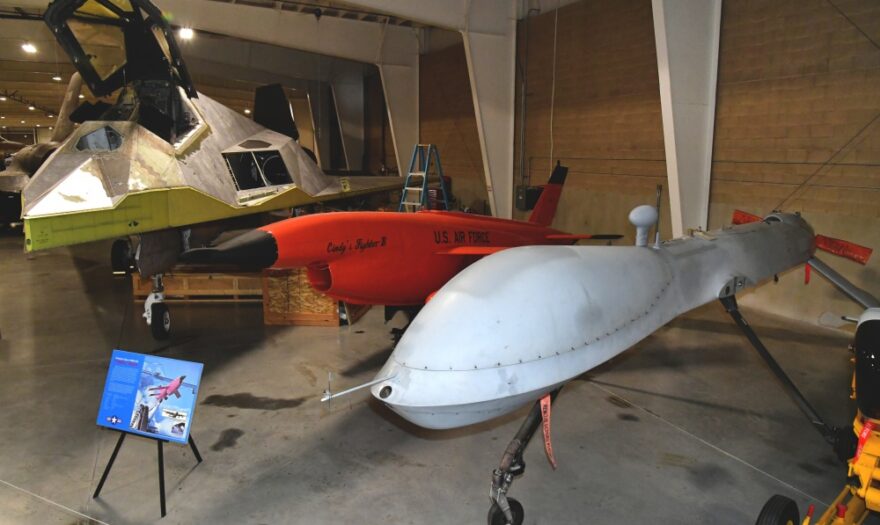 There’s a lot going on a Hill Aerospace Museum. Designed to evade enemy radar and very much a part of the  1991 Desert Storm liberation of Kuwait, a F-117 Stealth is has  arrived at Hill and is now on display. It has been joined by a MQ-1B Predator drone. The UAV is a real, formerly operational Predator. “While the Predator is currently on display, it’s still in the process of being refurbished,” said Aaron Clark, Hill Aerospace Museum director,  “(It) is expected to be fully restored within three to four months.” Hill Aerospace is in Ogden Utah. See our review under the Utah listings.

“Preservation of one’s own culture does not require contempt or disrespect for other cultures.”– Cesar Chavez