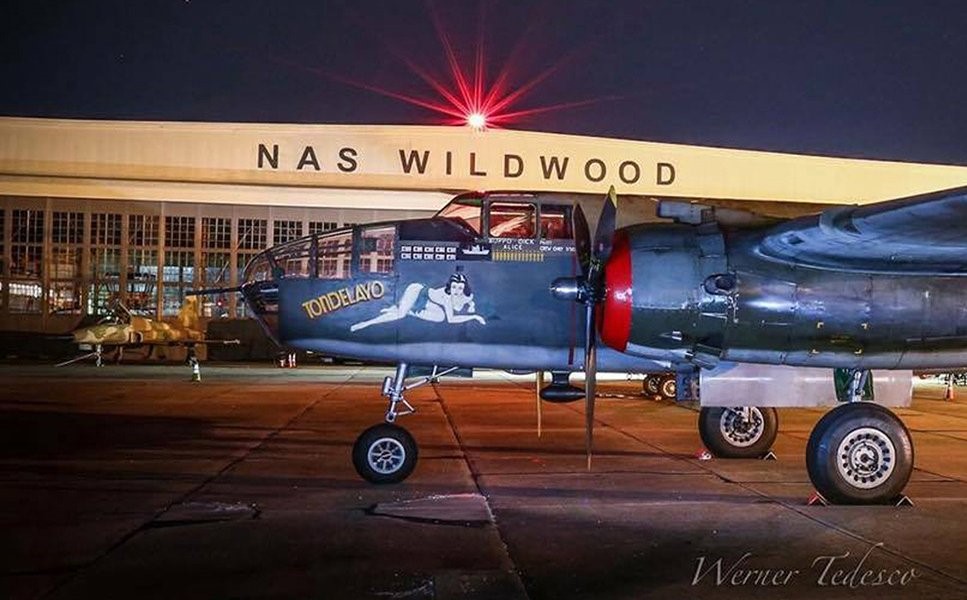 The little-known Naval Air Station Wildwood Aviation Museum is a very impressive military destination on the Jersey shore with at least one exhibit you won’t find anywhere else. Read on.

The Wildwood Aviation Museum  is housed in an original World War II era hanger located on the grounds of Cape May Airport.  This little known museum has an impressive 92,000 square feet of history, heroes, and spectacular hardware.  “How did we not know about this place,” wrote one reviewer, and we wonder that, too.

To start your day, there’s a beautifully maintained F-14 Tomcat greets you as you drive up.  Behind it sits Hanger #1 which is full of  exhibits to educate and entertain. There’s a flight simulator, experiments that explain the physics of flight, and  a  control tower where you can listen to live chatter between controllers and airplanes in the sky. Best of all, they have 26 airplanes and helicopters inside and out including a classic World War II TBM Avenger torpedo bomber, a Cobra and a Huey combat helicopter, a nicely restored MiG-15, a F-16B Fighting Falcon, and a HH-52 rescue helicopter in the colors of the Coast Guard.

By far,  the most unusual exhibit is called All Available Boats. Did you know that 300,000 people were evacuated from Manhattan by water during the collapse of the twin towers on 9.11?  Yes, people raced away by foot and car but little known to most, they evacuated by water, too. The placard on this special Coast Guard exhibit says it all: “On the morning of September 11, 2001, as the World Trade Center tragedy unfolded, thousands of men and women who were on or near the waters of New York harbor, converged in any way possible.  Answering the Coast Guard’s radio call for all available boats, hundreds of vessels raced across the Hudson and East Rivers.”

This exhibit gives you a whole new perspective on September 11th — and what it means as a civilian to answer the call. Listen to first person accounts and view photos from this impressive sealift.  You will again see the best in us which is reason enough to make this a weekend destination.