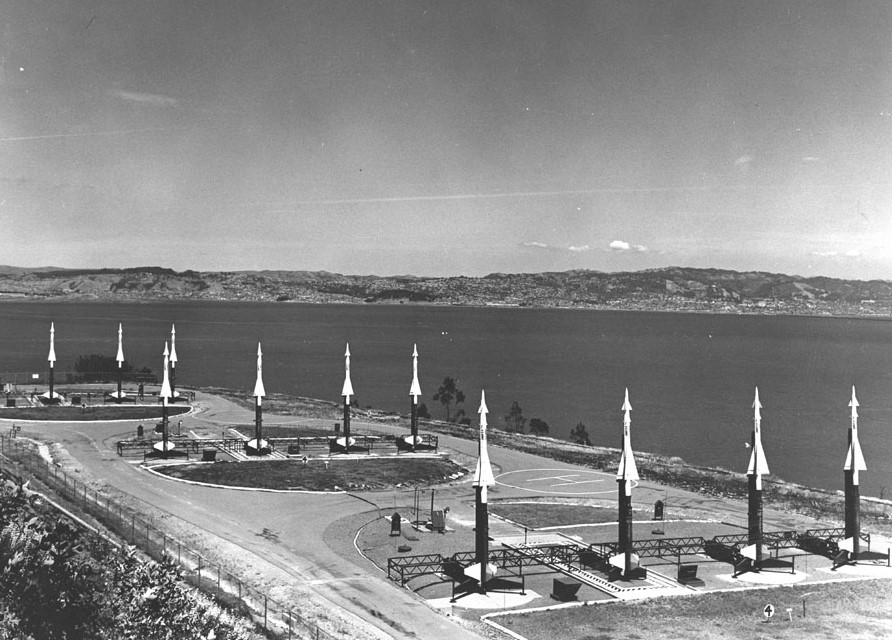 The Gateway National Recreation Area in New York/New Jersey is an absolute treasure trove of former military forts and military sites. Plan a day for this lengthy driving trip around New York harbor in a  two-state trip that includes coastal gun batteries, old forts, an air terminal —  and a Nike missile battery. Lets take a look.

Any enemy ship attacking New York City would have to first navigate the passage between Sandy Hook, New Jersey and Fort Tilden, New York. To block them,  forts were built on  both sides each with menacing gun batteries. Over time, the guns gave way to missiles, but the idea was the same – to protect New York City.  The Sandy Hook Nike Battery NY-56 is on the New Jersey side of the entrance directly next to Fort Hancock. The missiles there were  was once part of an interconnected array of surface-to-air missiles that surrounded the New York metro area. The missiles are now gone but Nike Battery NY-56 has been preserved. Head out to Sandy Hook and take the road to Horseshoe Cove. It’s pretty scruffy at first — and you’ll notice fences on either side of the road walling off the areas have not been restored — but you’ll  eventually come to two restored Nike missiles. Drive just past the ranger station and park and get up close and personal with an incredible piece of U.S. history – a pair of U.S. Army Surface-to-Air missile. Feel free to explore the area on your own or check out the NY-56 web site for guided tours. (Tours run sporadically in the warmer months.)

Fort Hancock, Fort Tilden and the Gun Emplacements:  While you’re here, be sure to explore the old forts on both sides of the harbor. They are now part of the Gateway National Recreation Area. Tours are conducted on select weekends from April to November.  Check the National Park Service’s web site for more information.