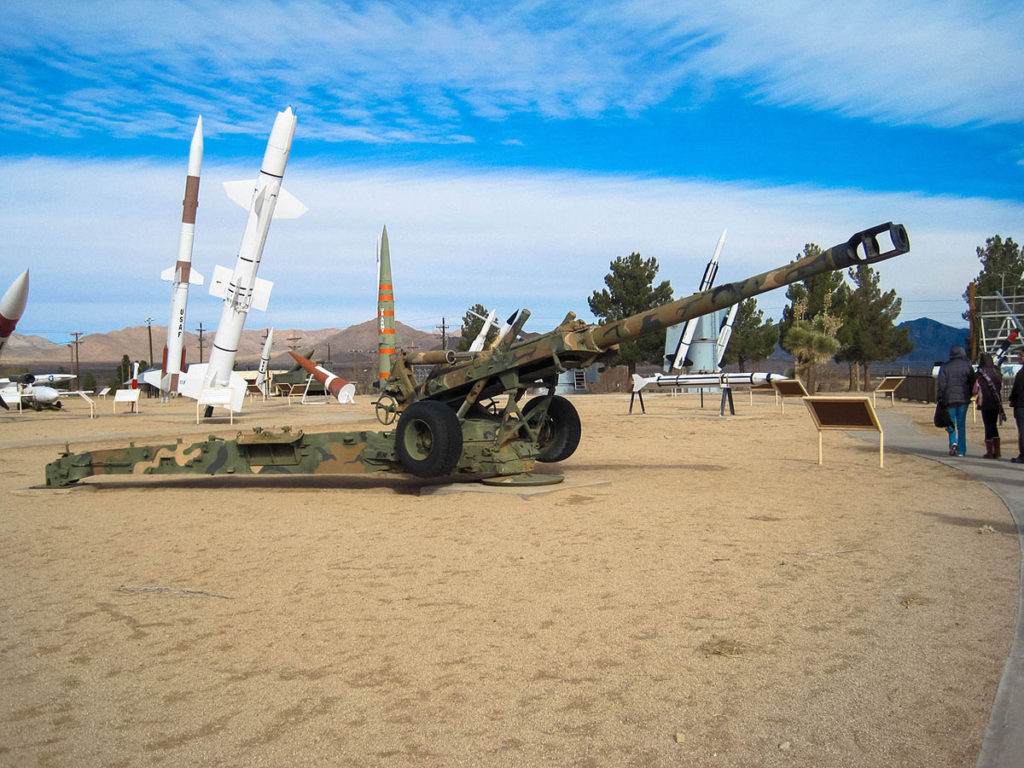 Some of the weapons on display at the White Sands Museum

And test they did. When you arrive at the Missile Range Museum you’ll be greeted by more than 50 missiles and rockets that were tested or refined here. Notable among them is the Patriot missile, which saw action defending against Scud Missiles during Operation Desert Storm,   an Intermediate Range Ballistic Missile (IRBM) called the Redstone, a nuclear air-to-air missile called the Genie (the idea was to shoot one into a formation of Russian bombers and let the shock waves knock out a dozen in one blast), the Nike Ajax and Nike Hercules air defense missiles, and a V- 2 rocket like the ones Adolf Hitler used to rain terror down on England (they were reverse engineered here).    Did you know that our strategic bombers carried  nuclear-tipped missiles to blast open corridors through which they would fly to their targets inside the Soviet Union? You can see a USAF Hound Dog here too, just like the ones carried by our B-52s.

Stories and artifacts abound inside the museum. Here you’ll find a number of a cutaways of missiles and rockets showing their engines and their explosives. There are a launch control panels and artifacts from the early years of White Sands.  Other exhibits speak to the ongoing mission at White Sands and the ever changing threats our nation must counter.

Base access required to get in. You must present a valid drivers license and go through a brief security screening.