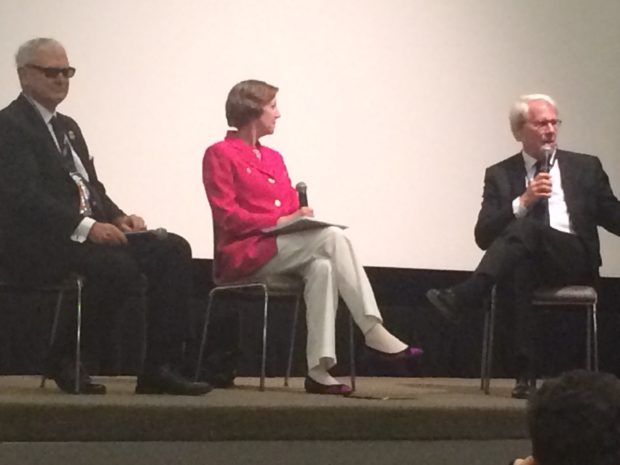 Doug has been visiting military museums and military destinations for 20 years. He’s the sort of person you’d see pulling into the parking lot of a museum with a car full of restless youngsters ready to cause havoc. In the aftermath of his book, The Top 100 Military Sites in America, Doug set out to help the world explore and discover the museums he came to love.

As an author, Doug has always felt a passionate connection to the men and women of the armed forces, and he expresses that in his writing. In  1991, his first documentary become a mainstay in the National Museum of Naval Aviation’s movie theater and across America his books have been bestsellers in museum gift shops and Main Street alike.  Doug is the cofounder of cable TVs The Military Channel, wrote and produced several top rated documentaries for other cable networks including Berlin 48: The Great Airlift (History Channel), The Quest For Mach One (Chuck Yeager — History Channel), The Challenge of Flight,  Frontline Pilots (Time-Life and A&E), and On Target: Gun Camera Footage (Discovery).  He is the critically acclaimed author of The Eleventh Hour (Wiley Turner),  Lost in the Pacific: Stories of Survival (Courier),  15 Minutes: General Curtis LeMay and the Countdown to Nuclear Annihilation (St.Martin’s),  Lights of Mankind: Earth at Night as Seen From Space (Globe Pequot/Lyons Press),  Secret Messages (Simon & Schuster),  John F. Kennedy: Commander-in-Chief (Viking Penguin) and numerous other bestsellers.

Fred is an experienced product builder and serial entrepreneur.  He has delivered information services to professional users for NASA, the U.S. intelligence community, and public libraries.  His startups include Nimble Books LLC, which has more than 250 books in print, mostly naval and military history; PageKicker, a pioneering open source toolkit for algorithmic publishing; and AltBrains Workshop, a topic tracking service for Samsung’s Bixby multimodal natural language AI.   He is Editor and Chief Technology Officer for World History Travelers.

PEOPLE ARE TALKING ABOUT US!