Brighten this Friday with the romance of the Lafayette Escadrille 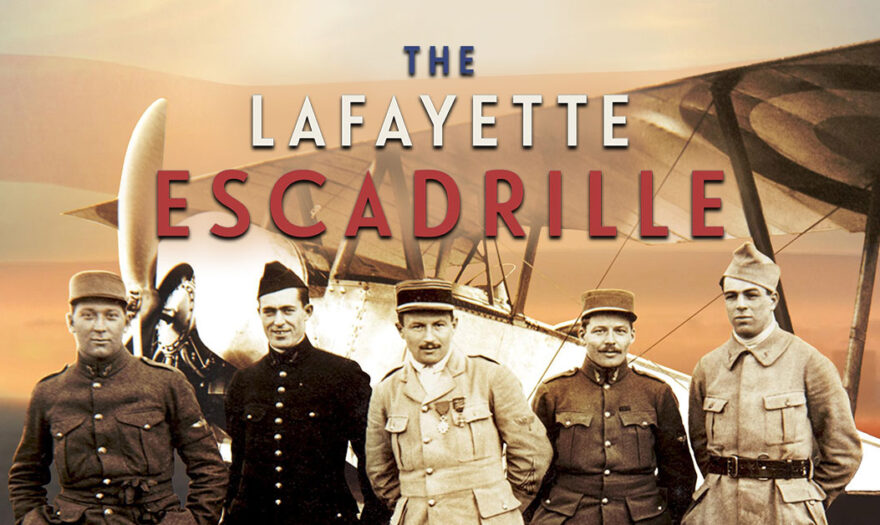 Poster art from the forthcoming movie.

Few names in aviation history have the romance and mystique of the Lafayette Escadrille, the “founding squadron of American aviation history”–the brave young Americans who went to France to fly those magnificent flying machines in World War I. Just 48 hours from now, the Pearl Harbor Aviation Museum is bringing that romance to a free, live webinar about a forthcoming movie about the Escadrille.  Register here for the event, which is Friday, July 24, 9 am Hawaii time/3 pm ET.

The Museum website offers some promising nuggets for the history lover.

The webinar will feature the squadron’s strong ties to Hawaii through the WWI pilots’ families. Featured speakers will include Congressman Ed Case and Lt Colonel Nicholas Rutgers.

James Rogers McConnell was one of the founding members of the Lafayette Escadrille. His uncle is an ancestor of the Case family in Hawaii, including Congressman Ed Case and America-On-Line (AOL) founder Steve McConnell Case.

James Norman Hall was a renowned member of the Escadrille and co-author of the Mutiny on the Bounty trilogy. His great grandson, Lieutenant Colonel Nicholas Rutgers, grew up in Hawaii. Lt.Col Rutgers now commands an F-15 squadron for the Oregon Air National Guard and continues a four-generation tradition of combat pilots within the family.

Also speaking will be the filmmakers, Paul Glenshaw and Darroch Greer.

Paul Glenshaw is a regular contributor to the Smithsonian’s Air & Space magazine and a practicing artist and instructor for the Smithsonian Associates. Darroch Greer is an award-winning documentary filmmaker, writer and historical researcher who has created various historical films for networks like PBS, TBS, Discovery, History and more.