Mr. Secretary, Tear Down This Wall! 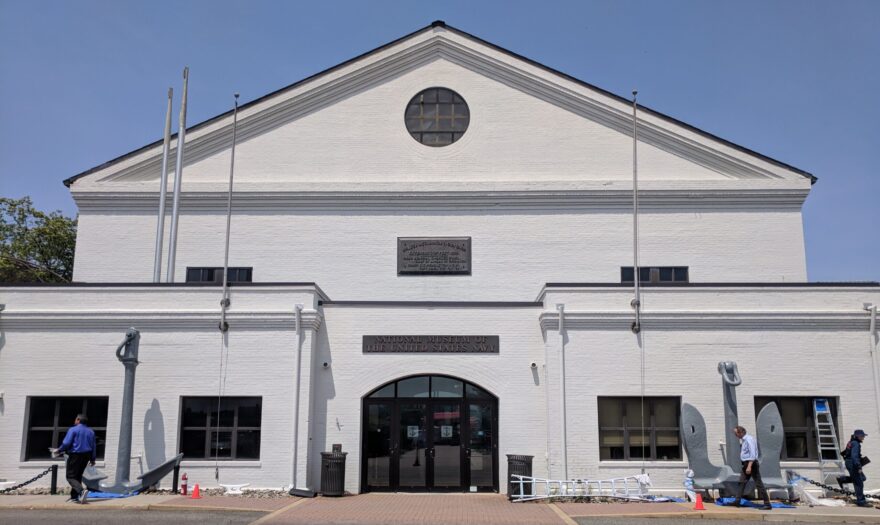 The Navy Yard wall within which the National Museum of the United States Navy is found, that is. In a June 2020 column in Forbes, naval affairs analyst Craig Hooper noted that new Secretary of the Navy Kenneth Braithwaite has a praiseworthy love for naval history.

“[Braithwaite’s] … commitment to history and the Naval History and Heritage Command is clear. He has highlighted naval legacy in virtually every public statement he has uttered, and his “pro-history” stance has been hammered home at every public appearance. It is a level of message discipline that Navy-watchers have not seen for some time. “

In words sure to find sympathetic ears among travelers to top military destinations, Hooper called for Braithwaite to take full advantage of the U.S. Navy’s rich history.

“Right now, far too many museums of naval history sit, trapped, deep in naval bases, where only the devoted dare to tangle with the vagaries of base security. Navy libraries are tucked away in leaky buildings, and the command’s literature goes undistributed beyond the military community, with the U.S. Navy’s own historical writings rarely making their way into American libraries far from the sea. Moving the Navy Museum out of Washington’s secured Navy Yard is a first step in the right direction, allowing that asset to not only re-engage the public but to do double duty in influencing Washington DC stakeholders.”

While acquiring a new location for the National Museum sounds like a painful multi-year exercise, it does makes all kinds of sense. Indeed, given the Navy’s historic close relationship with Congress, it’s kind of surprising that the Museum isn’t on the grounds of the U.S. Capitol! A re-imagined and more readily accessible National Museum of the U.S. Navy would be a surefire addition to our lists in future years.

In the meantime, depending on your location, the top 100 list provides many wonderful other options to explore U.S. naval and marine history. A few of our top 10 sites that are navy-focused:

“Those who don’t know history are doomed to repeat it.” – Edmund Burke