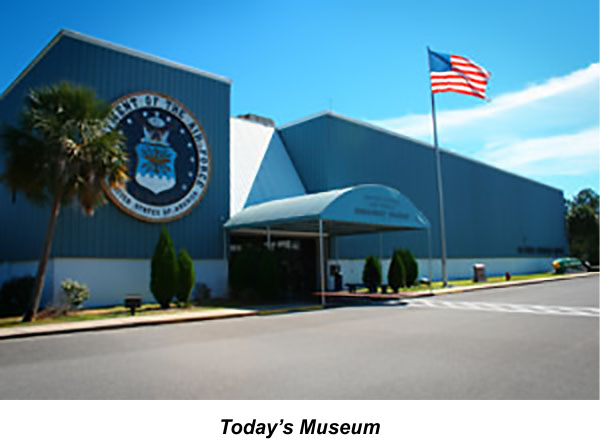 This little-known destination is packed with all sorts of Gatling guns, bombs, rockets, and missiles that were carried by USAF aircraft. The gigantic   MOAB bomb – the Mother Of All Bombs – is here, too. It was recently dropped on a rabbit warren of ISIS underground tunnels in Afghanistan and blasted a hole in the ground the size of a city block. Want to see a GBU laser guided bomb like the ones that flew through the windows of Saddam Hussein’s command centers?  How about a radar guided, advanced medium range air-to-air AMRAAM launch-and-leave missile like the ones carried by our forces today? Go no further.

Inside the main building are exhibits organized by major conflicts. The Vietnam War area, for instance, has the Sparrow missile and the M61 20mm Vulcan  cannon front and center.There  is a Korean War area, one for the Gulf War, an Air Power exhibit, which is essentially a World War II exhibit, a Gun Vault with dozens of guns, a Missiles & Bombs display, and an AC-130 Spectre gunship and its Gatling gun

No base access required.  Plan on two hours to see it all.