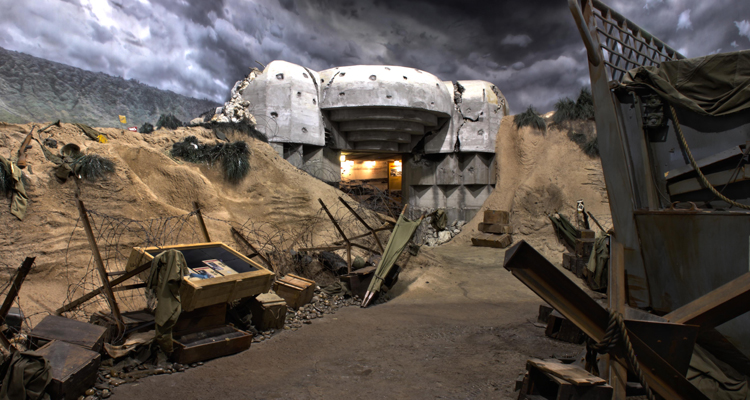 On May 28, 1918, the United States First Division leaped out of their trenches and bravely raced forward behind a rolling barrage of artillery fire into the village of Cantigny and liberated it from the Germans. One of the commanders that day was Chicagoan (and Chicago Tribune Publisher) Colonel Robert McCormick. For the next two days McCormick’s men repulsed German counterattacks and held their position thus ending America’s WWI baptism by fire with a decisive victory. McCormick made sure that victory would not be forgotten. Upon returning to the United States, Colonel McCormick renamed his 500 acre family estate Cantigny Park and endowed a foundation to honor the First Division. Now, decades later, the First Division Museum at Cantigny Park has evolved into one of the finest military destinations in America. First, the tank park. This is possibly one of the best tank parks in the nation if not one of the most complete. Under a canopy of trees (evocative of the Ardennes) are nested an amazing assortment of beautifully preserved tanks and military vehicles. Among them — the M24 Chaffee tank, an M1 Abrams main battle tank, an M41 Walker Bulldog tank, an M46 Patton tank (in tiger paint!), an M47 Patton, an M48 Patton, an M60 Patton, an M5 Stuart, and a M26 Pershing. In addition there are trucks, jeeps, half-tracks, assault vehicles (an M551 Sheridan), and artillery pieces. This is a see-and-touch park so don’t hesitate to climb into the seat of a howitzer or scramble onto a tank as our soldiers did. Next comes the museum itself. Newly reopened after a multimillion dollar upgrade, the museum has beautifully detailed, life-sized combat exhibits that transport you back in time to the trenches of WWI or out to the frontlines of today’s war on terror. The designers made extensive use lighting, large-scale dioramas filled with mannequins and foliage, and real artifacts like tanks and Teller mines. Visually, the displays are at once chilling, realistic, haunting, beautiful — and yet somber reminders of the nature of war. An all new gallery called Duty First is an excellent overview of our post-Vietnam era conflicts and the role the First Division has had in them. Like all of the exhibits, the museums presents a broader perspective of the conflict within which is the story of the First. This holds true for the main gallery, First in War, a 100-year history of the First.

Check out our video blog for a peek at the reopened Catigny Park. It was an overcast day with drizzle in the air but we came away with none of the day’s gloom – rather, we felt like every minute was time well spent. It a word, this is a top-notch destination that doesn’t cut corners. The tanks are in tip-top condition, the new exhibits tower over you and are incredibly realistic, and the artifacts all have stories. We ranked this in our 2019 Top 20. It deserves that and more. 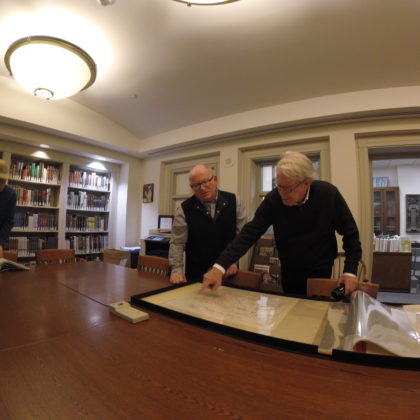 Doug looks at one of the few surviving copies of the actual battle orders for the landings on D-Day. 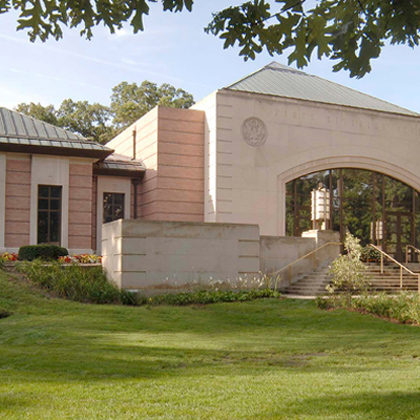 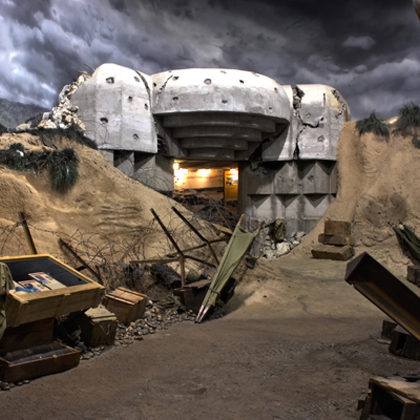