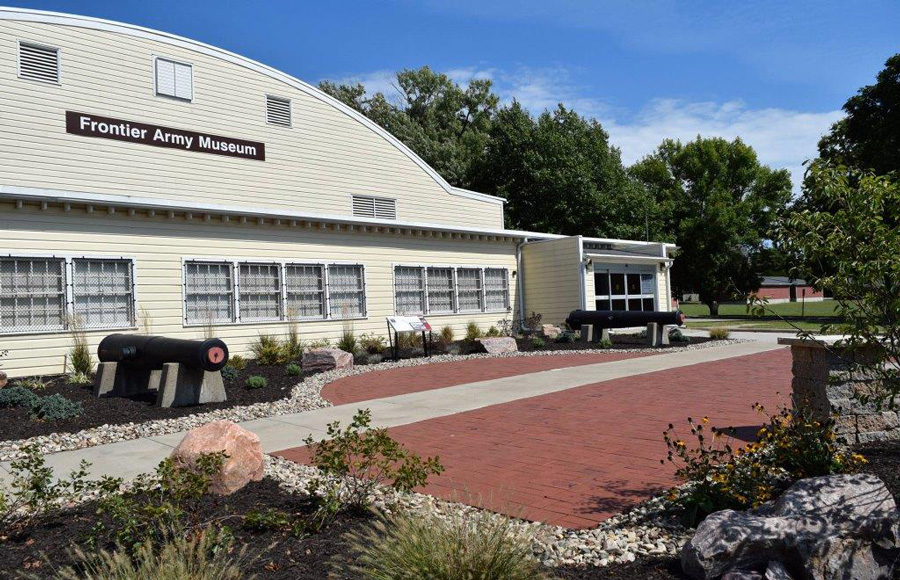 Explore the wagon wheel years at the Frontier Museum

During our nations frontier years (ie 1817-1917) one traveled across country by covered wagon, the army rode horses,  and Fort Leavenworth was a beacon of hope out there on the frontier. Because this was often the end of the road for a traveler, wagons accumulated at the Fort and a collection grew as did a museum so much so that by 1939, The Old Rolling Wheels Museum came into being with one of the nation’s most extensive collections of 19th century military artifacts and covered wagons.  Today The Frontier Army Museum still has that impressive, one-of-a-kind collection for you to see, but it has much more, hence the new name.

The Frontier Museum tells the story of our westward expansion and uses several dioramas that depict cavalry soldiers, supply wagons and those old, the 12-pound wheeled howitzers.  There is an exhibit on the  Lewis and Clark Expedition and a tableau on General John J.  “Blackjack” Pershing’s expedition to bring to Pancho Villa  to justice. Other  displays depict a typical wagon train with a line of beautifully restored wagons, followed by an utterly handsome hallway filled with impressive visual displays, each telling part of the story of a young  nation on the move.