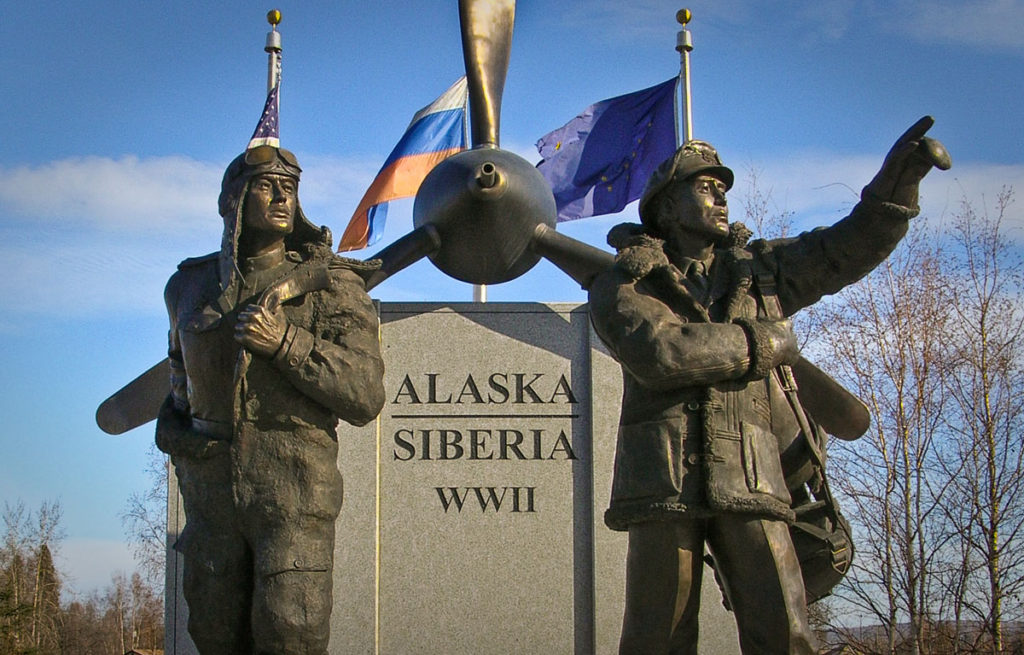 If you’re in the area, take a 30-minute detour to see this Fairbanks, Alaska memorial built to honor a noble part of our  of WWII history. Remember Franklin D. Roosevelt’s Lend-Lease Act?  Best known for the convoys that crossed the Atlantic Ocean and gave Great Britain the lifeline it so desperately needed, Lend-Lease was also a lifeline for Russia. Thousands of fighter planes and other war materiel were funneled through Fairbanks, Alaska on what was called the Northwest Staging Route  for the Alaska Siberian Lend Lease Airway. U.S. pilots, including the Women’s Airline Service Pilots (WASPs), ferried airplanes up to Fairbanks where they were handed over to the Soviets who flew them across the Bering Sea into Siberia and onward to the Russian fronts.  This 6,000 mile airbridge was precarious and took the lives of many.

This is a beautiful, spacious urban park with a handsome statue to commemorate the Russian and American airmen and air women  who made these sacrifices.  The inscriptions tells the entire story and pays tribute to those years when two nations shared a common cause.