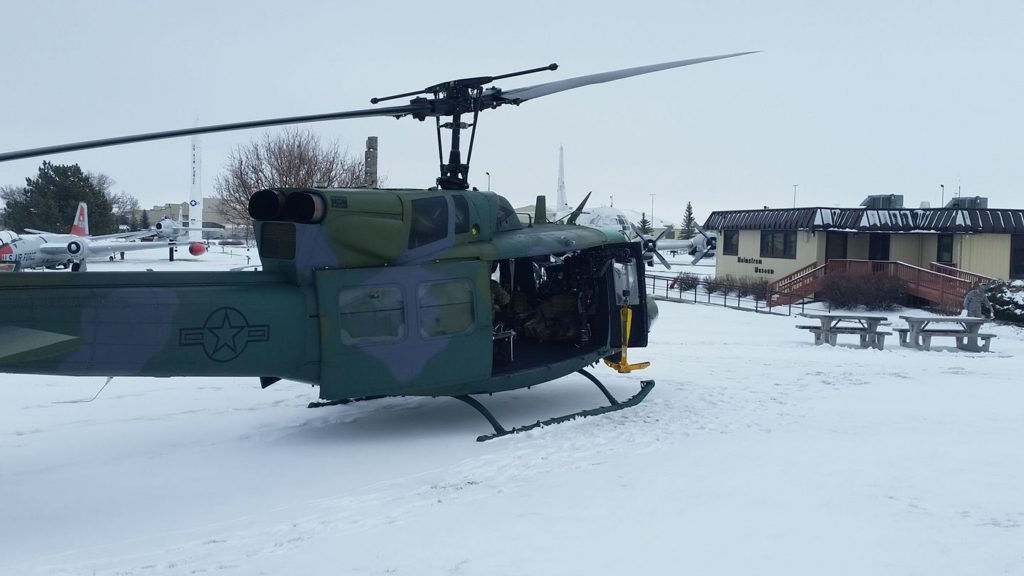 Some of the aircraft at the outdoor airpark at Malmstrom

Hands down, this is one of the nicest air parks in the nation. The lawns are beautifully manicured,  the aircraft are nicely painted and well maintained, and the museum has all sorts of one-of-a-kinds in it. Lets break it down.

Malmstrom Air Force Base has a storied history that includes a major role in our Cold War network of air defense assets.  In the 1950s, it was a key hub in a sophisticated radar network that linked computer centers to combat jets that were sent up to shoot down an invading Soviet bomber. The base changed missions a few times and evolved into a missile base. Today Malmstrom is an active ICBM missile base. But lets not get ahead of ourselves.

As tempting as the outdoor Air Park is, you should start your visit in the small museum itself because there’s something here that you won’t find anywhere else. It’s a computer. The U.S. Air Force was one of the first wide scale users of computers and SAGE was its name. SAGE was actually a network of computer centers that processed signals from hundreds of Air Defense radars stations and stitched them together to paint a picture of the air environment. This picture was fed into radar scopes that displayed information to controllers who used it to direct our pilots to an  enemy bomber. Sounds pretty ordinary today but it had never been done before until SAGE came along.

SAGE was actually a four-story building, the most interesting parts of which are on display here – the magnetic hard drives, the vacuum tubes, the display console with the radar scopes (they were manned by airman affectionately called “scope dopes”) and more. The museum has launch control panels, a radar controller’s station,  and an astonishingly complete wall of aircraft models touted as one of the largest collections in the nation. But  SAGE surely marks the dawn of the computer age and that alone makes this an important stop for the tech minded.

Next,  walk the 8-acre outdoor Air Park and enjoy the crisp, clean Montana air. Take the path in and among  the various  objects  including a F-100 Voodoo fighter jet, a UH-1 Huey helicopter, a KC-97 air refueler, a B-25 Mitchell bomber, a Minuteman III ICBM,  as well as  several other fighters and interceptors that were used during the early years of the Cold War. Nicely, there are also period military cars and trucks mixed in to add texture and human interest.

Located on an active Air Force Base, access is nonetheless fairly easy. Stop at the Visitors Center and show your driver’s license and you’ll be given a pass and directed to walk over to the museum.