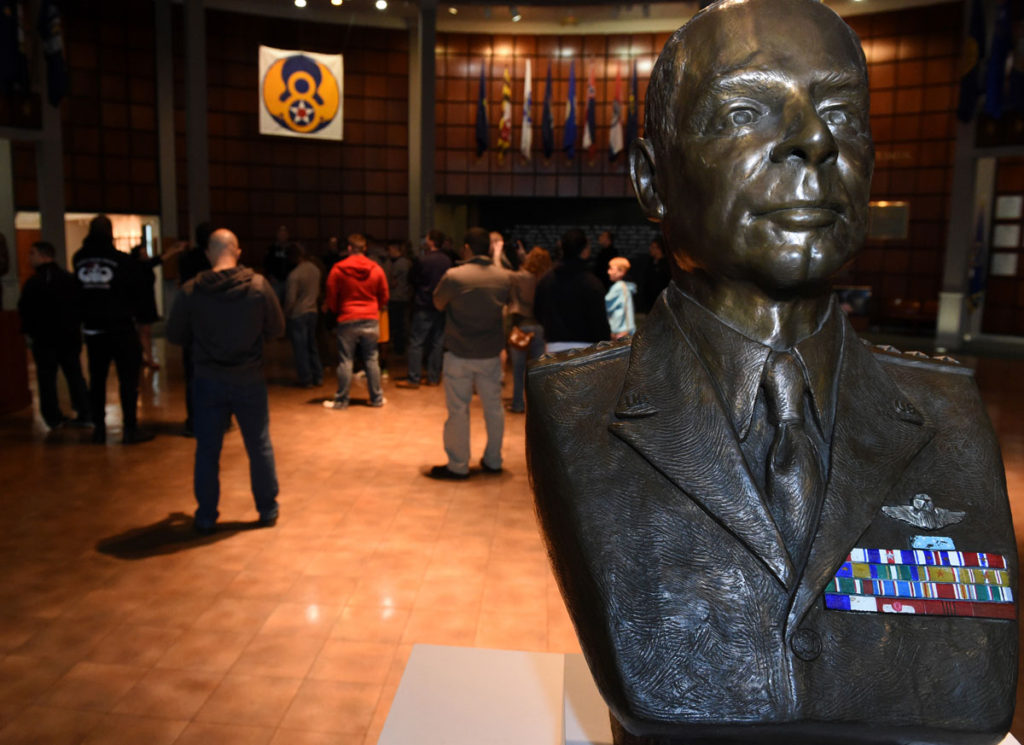 The National Museum of the Mighty Eighth Air Force is a repository for  the people, histories, and airplanes of the Eighth Air Force. It is beautifully appointed with dioramas and exhibits inside and out including bombers and fighters up to the Cold War and through the present day (the Eighth didn’t stand down after WWII; it is active to this day). Enter through the main rotunda and go inside. There is a Ploesti diorama, a nose section of a B-24, and the visual sensation called The Mission Experience. Step inside and be transported back to an air base in England as you watch several short films explaining what it was like to fly a bomber over Nazi Germany.