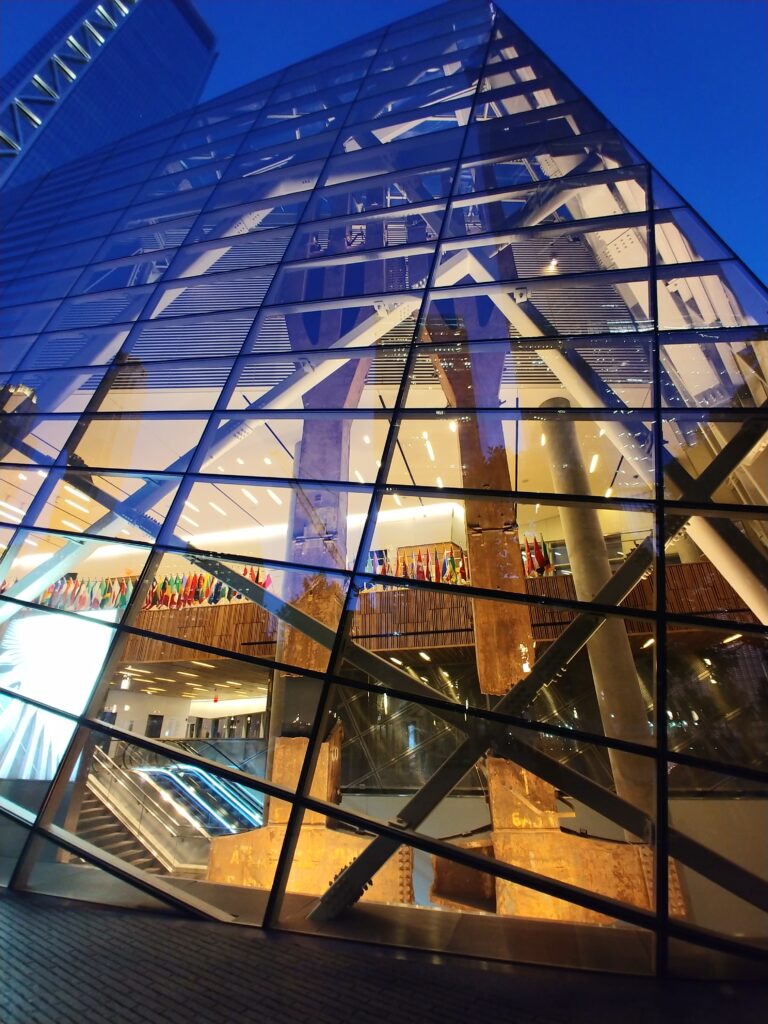 The steel tridents from the North Tower. (Douglas Keeney) 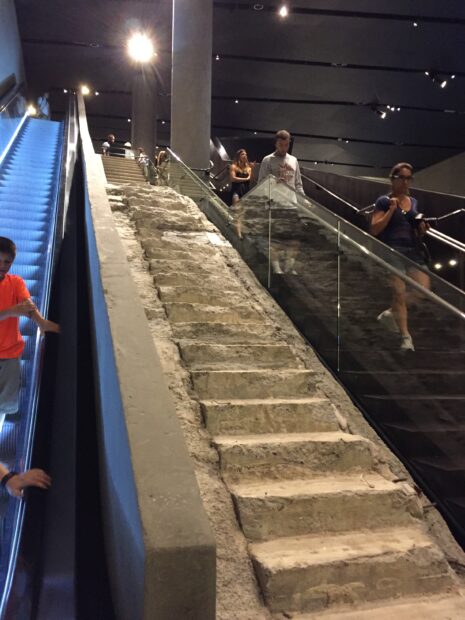 The Survivors’ Staircase, the first artifact placed inside the museum. (Wikimedia Commons https://creativecommons.org/licenses/by/2.0/deed.en)