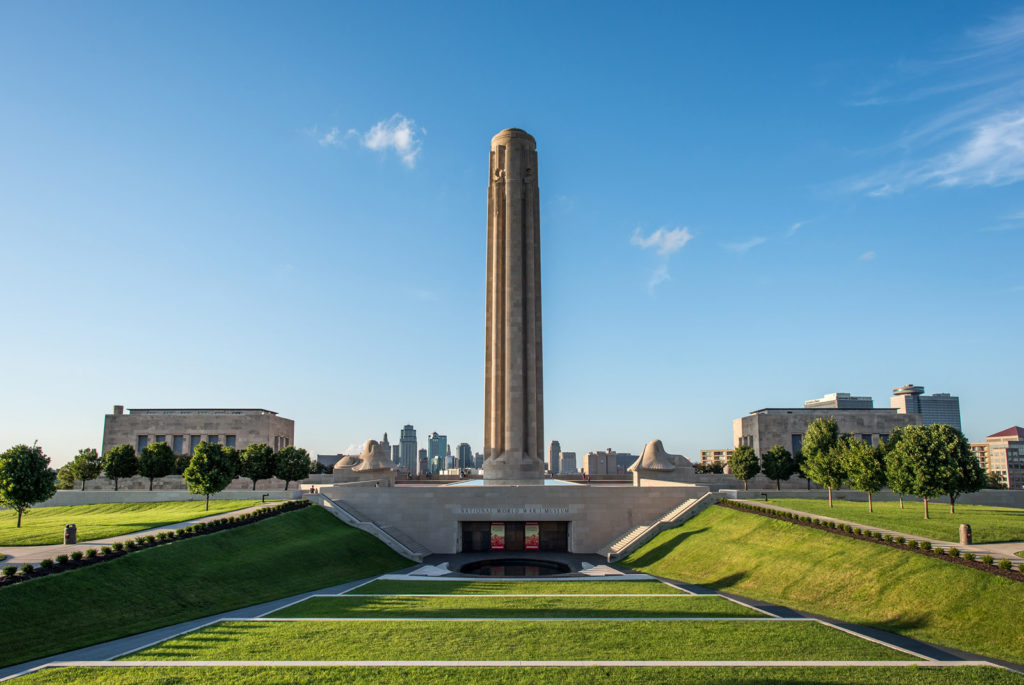 A must-see architectural masterpiece with beautiful exhibits and superb stories.

The story of WWI, and the memory of the soldiers who fought there, are honored here in Kansas City. Anchored by the 217-foot tall Liberty Memorial Tower, and flanked by the Exhibit Hall and the Memory Hall, you enter this incredibly beautiful destination by walking across a glass pedway that arcs over 9,000 red poppies, each representing 1,000 deaths during the war. A powerful start to a powerful museum.

The National World War I Museum is a comprehensive telling of the origins, battles and consequences of World War I. The exhibits and dioramas are presented chronologically and are both factual and interpretative in nature. There are airplanes, guns, bombs, mortars, bayonets and uniforms all of which are presented with stories and histories, both the good and the bad.

Start in the Main Gallery and see the life sized “trenches” emblematic of the trench warfare of World War I. This large exhibit features six trenches filled with personal artifacts and suffused with the sounds of war thus dramatically transporting you back in time to experience the horrible conditions our soldiers lived and died under. Walk around and explore. Above you is a World War I biplane, next to you is a French tank with a hole in its side after being taken out by a German tank. Use the many touch screens to explore the battles of World War I and the personalities of the war. Walk the lengthy Chronology Wall and try to piece it together in your own mind. And be sure to leave time to see the film “No Man’s Land” which screens in the Horizon Theater.

Overall, this is a powerful place. Plan on being humbled, educated, and changed by this experience. Plan, too, on coming away filled with pride. Current exhibits include a reminder of how appreciative the French were when we arrived. Our boys landed in the middle of France’s darkest hour, and France effusively showed its thanks. But it was the United States who were returning the favor. “Lafayette, we are here,” said US Army Colonel Charles E. Stanton at the tomb of Lafayette. This destination tells you the rest of that story.