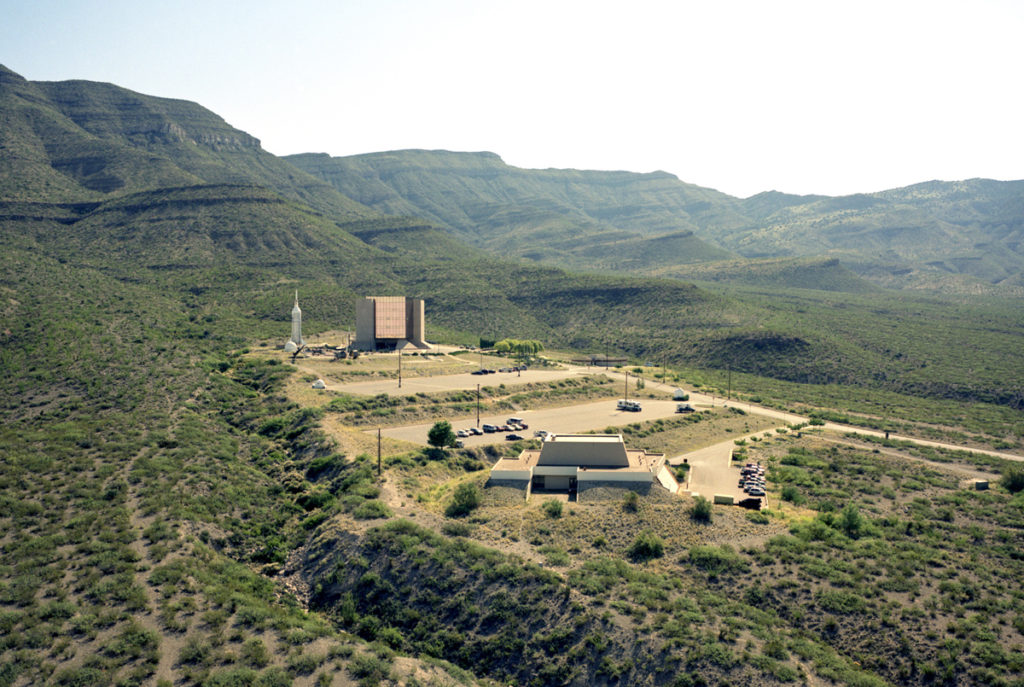 The New Mexico Museum of Space History with the outdoor air park visible.

To understand the contents of this special destination you have to close your eyes and take yourself back to a time long before The Internet and long before space shots. On the verge of supersonic flight and space, our scientists had to ask some very hard questions. For instance, what would happen to a pilot if he or she had to eject on the other side of the sound barrier?  How many g-forces could a human sustain on a rocket booster that was thundering into space?  Could a pilot bailout from 100,000 feet and if so what would happen as he fell?  Would his body explode as it passed through the sound barrier? Indeed, could a human survive in space?

The answers  came from animal and human testing conducted at nearby Holloman Air Force Base, much of it overseen by the great Air Force medical researcher Dr. John Stapp. Stapp allowed himself to be strapped into a rocket sled that was accelerated to 632miles per hour (i.e., the speed of a jet) and “crashed” into a series of water barriers sufficient to put 46 Gs on him. Stapp survived and became the fastest Human alive but more importantly he gave the Air Force  the key pieces of data they needed to design safer cockpits, and better lap belts.

Start on the top floor and wind your way down past enormous  video walls and interactive exhibits. The section called Rockets showcases civilian and military uses of rockets with inert shapes displayed along the walls. Living and Working in Space displays space suits, space food and the things humans need to survive in that vacuum. The most impressive display centers around an enormous video wall and speaks to the early probes into space. Called Icons of Exploration, here you will find  scale models of Sputnik and Explorer, the first satellites, and the crowning touch – a piece moon rock —  symbolic of the success that came out of  those years of animal and human experiments.

The Stapp Outdoor Air Park has a walkway that winds through a number of large artifacts including  the rocket sled Stapp rode to 46Gs, the Little Joe launch booster that was used to test the escape mechanism for the Apollo flights,  rockets, radar tracking displays, and other artifacts.