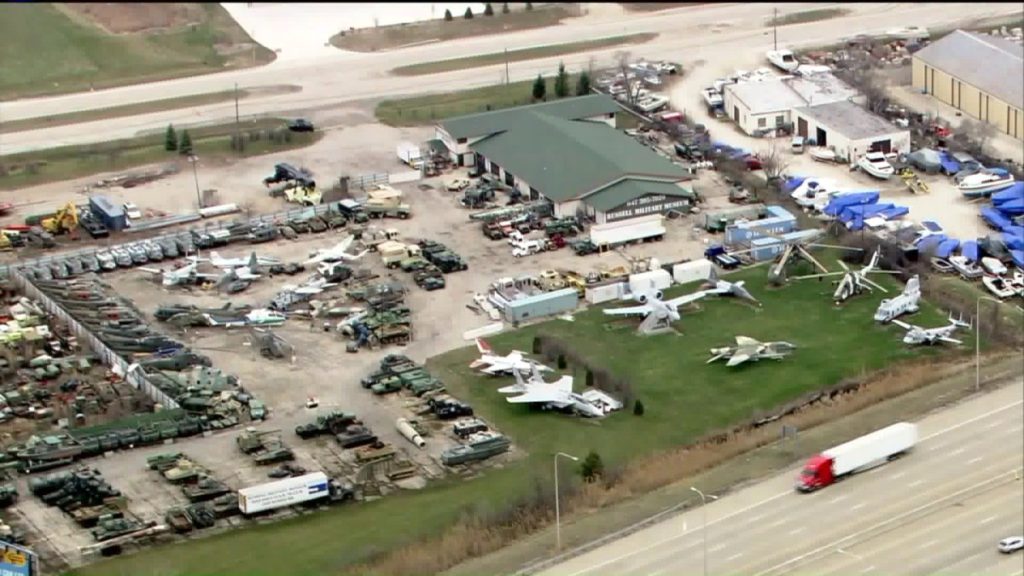 An Army-surplus “feel” makes this a living museum covering all aspects of the U.S. military.

If military hardware is your thing, this is your nirvana. The family-run  Russell Military Museum is so unusual, so interesting, and so down-home that we had to make it one of our  must-sees.  First some background.  The Russell Museum actually began as a roadside attraction featuring a collection of armored vehicles. Over the years it grew in size and popularity but unexpected  condemnation proceedings forced it to move it to a new location (a new Interstate highway was coming through). Landing in the small town of Russell, Illinois (hence the name)  the new museum reopened in 2007.

First of all, don’t expect a lot of glitz here. Gone are the fancy dioramas and elaborate video walls of some other destinations. Instead, this is a “feel, touch, and smell” experience, and that’s what makes it special.  Some 200 tanks, armored personal carriers, military helicopters, airplanes — and even jets — are crammed in here giving the place a  bit of an “Army surplus” feel to it. There are tracked vehicles (including a Sherman tank), “wheeled” vehicles (like Humvees and Jeeps), plus various military guns, howitzers and other weapons but none of it sits behind ropes. You’re encouraged to touch the planes and vehicles and even get in the Huey.

In the back of the museum there is something akin to an aircraft boneyard albeit without the mothballing. You’ll see an eclectic mix of helicopters (including a Huey, a Cobra and a Soviet Hind), jet fighters (no less than an F-15 Eagle, an A-7 Corsair, a somewhat rare F-84 Thunderjet, and many more), boats (including a Higgins boat and a Vietnam PBR), and even missiles (there’s an Honest John and a Corporal, both once nuclear tipped). Eras represented in the collection include WWII, Korea, Vietnam, the Gulf War, and the war on terror.

Located between Chicago and Milwaukee.