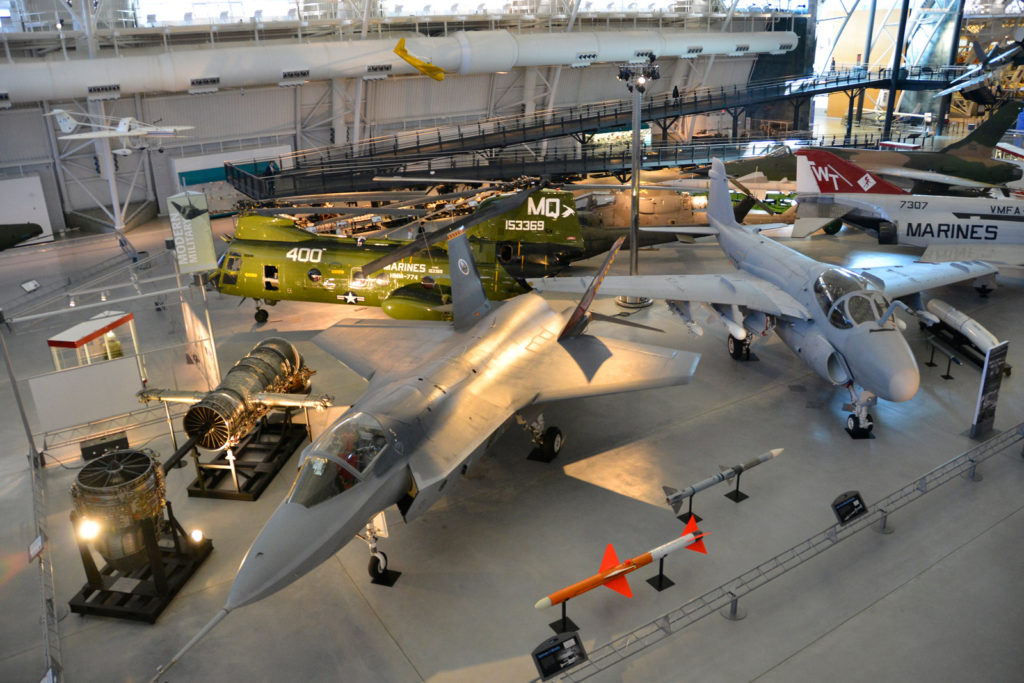 You might not think of the Smithsonian as a top military destination, but that would be a mistake. Yes, the Smithsonian is filled with civilian artifacts, but to forego it would be to forego a chance to stand before history. What gives institution an edge over all other military destinations is the sheer number of military artifacts on display — and the historical significance of each. Almost without exception, the airplanes and space vehicles here are the exact ones that set a particular record or wrote a particular chapter in our history books. For instance, while many museums have a B-29, the B-29 they have is the Enola Gay, the exact B-29 that dropped the bomb on Hiroshima. While other museums have scale models of the orange Bell X-1 that rocketed through the sound barrier, this is the real one. True also for the Wright Flyer, the Apollo 11 capsule, and the X-15. You can see them elsewhere, but here you’ll find the real McCoys. That’s the Smithsonian — if it flew, and if it was important, it is here.

Actually, the Smithsonian is two museums in one. So many objects have come their way that they ran out of room on the Mall and opened the Stephen F. Udvar-Hazy Center at Dulles Airport to hold the overflow. The Udvar-Hazy center has two enormous hangers filled with military aircraft each grouped according to the war they fought in. Once again many of them are unique. The P-38 Lightning on display was flown once by Richard Bong himself, America’s #1 ace in World War II, and the Focke-Wulf Fw-190 was flown by the German Luftwaffe in combat against our bombers. There is also a beautifully restored B-26 Marauder medium bomber named Flak-Bait. This is plane flew more missions over Europe than any other American aircraft.

Beyond the mere importance of the aircraft they own, the richness of this destinations stems from the thousands of hours of work put in by countless volunteers to painstakingly restore these artifact to their appropriate period colors and fittings. But if there is any weakness in the Smithsonian’s military collection, it is the sheer breadth of it all. There are more than 60,000 artifacts on display and it can be a bit overwhelming.

Parking around the Mall is limited and D.C. traffic can be terrible, particularly in the summer months. To avoid all that, start your morning on the Mall then leave for Udvar-Hazy after lunch. You’ll have enough time to see everything you want without the frustrations of downtown D.C.