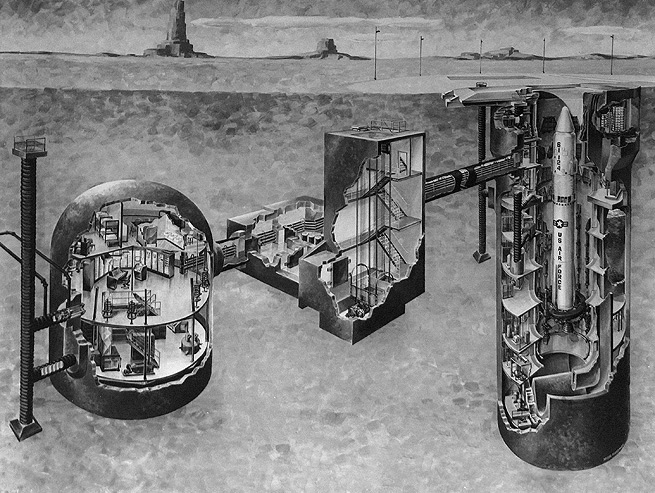 The Titan II ICBM was in service at the height of the Cold War and were on 24-hour alert each armed with a W-53 nuclear warhead  known as a bunker buster – so named because of its enormous 9 megaton yield (it was one of the largest warheads in our arsenal).

The Titan Missile Museum is a place frozen in time. Everything here is real (except the bomb) and displayed as it was when it was deactivated in 1982. You’ll walk through an exhibit hall with displays that explain the operation of an ICBM missile silo. After that, you’ll follow a guide down 35 feet underground and see a simulated launch from the underground launch control facility. Next, you squeeze down one underground more level to the missile itself. Chilling, to say the least.

We recommend you take the one-hour guided tour or buy a ticket for the longer but more  in-depth “Beyond The Blast Doors Tour.” This includes a first-hand look at the living quarters  and other areas not on the general tour.